Hip Thruster vs. Squat: Which Is Best for Glute Hypertrophy? 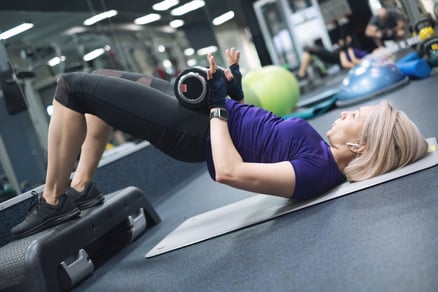 Squatting has always been the go-to exercise for those who want to make glute gains. You have probably heard someone say, “If you want to get better glutes, squatting is the way to go.” Recently, though, hip thrusters have gained momentum as the best exercise for glute development. Although, there is no concrete evidence that one is better than the other, some studies have been done (also here). Hopefully by the end of this blog, you will have a better understanding of the similarities and differences between these two exercises.

During the hip thrust exercise, at the beginning phase, the glutes are relatively off because there is no external force placed on them. Because the first motion of the hip thrust is a concentric action (hip extension), the glutes begin to activate right away. It was measured to be at a range of 120 to 200 percent of glute activation during the concentric phase of the exercise. Another reason why MVC was higher is that the repetitions fairly quickly maintain a constant tension on the glutes.

Biomechanics of Squat and Hip Thruster 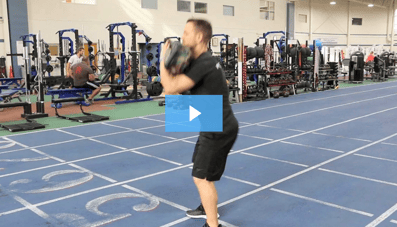 With the squat, the limitation can be due to back strength, which you do not have with the hip thruster. On the other hand, glute strength is the limiting factor during the hip thruster. During a squat, you are typically able to get more hip flexion to avoid this issue.

For full range gluteal strength, a more complete neurological stimulus, and full development of the upper and lower gluteal fibers, you’ll want to perform both the squat and the hip thrust. Either exercise alone won’t suffice. The good news is that you don’t have to choose between squats or hip thrusts for maximal glute development; you should perform both movements.

This blog was written by Pedro Mendez, CSCS, FMS, Health/Fitness Instructor and Strength Coach at NIFS. To learn more about the NIFS bloggers, click here.