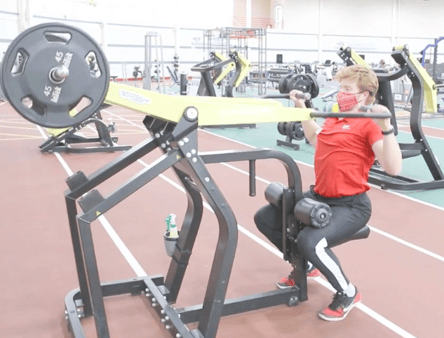 The traditional bodybuilding split of working one muscle group per day might work for the dedicated, high-level competitive bodybuilder who makes their living in the gym. But for the general population only looking to shed some unwanted pounds and improve their overall health, the traditional bodybuilding split is not ideal. Working multiple muscle groups in the same session is much more ideal because it ramps up the body’s metabolism more than working a single muscle group each day. To achieve this, we train the movement, not the muscles.

There are four main categories in which we categorize the movement patterns: push, pull, squat, and hinge. Each category works a movement while working multiple muscle groups.

This upper-body movement pattern uses all of your “pushing” muscles. The pushing muscles of the upper body include the chest, shoulders, and triceps. Common movements within this category include the following:

This upper-body movement pattern uses the “pulling” muscles. The pulling muscles of the upper body include the lats and the biceps. There are two different pulling variations, the horizontal pull and the vertical pull. The horizontal pull targets the lower lats and the vertical pull targets the upper portion of the lats. It is important to include both variations in your program. Common movements within this category include the following:

If you need any help building an exercise program, or want a health professional or personal trainer to put one together for you, come visit us at the Track Desk at any time. 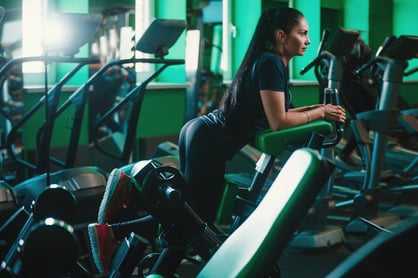 What is the most feared and most skipped gym day of the week? Nearly every person despises it, and few survive it. Yes, you guessed it. I am referring to the infamous “leg day.” However, even if you can endure training your legs, how beneficial is it if you aren’t training your hamstrings correctly, efficiently, and according to their full potential?

The hamstring is a large group of muscles (the biceps femoris, semitendinosus, and semimembranosus) located on the posterior side of the upper leg. They have two main responsibilities: flexion at the knee (pulling the ankle toward the glutes) and extension at the hips (pulling the ankle back toward the glute while maintaining a stiff leg). Therefore, the hamstring’s main goal is to balance out the action of the large quad muscles on the front side of the leg, assisting the knee in stability.

In his blog Five Biggest Mistakes in Hamstring Development, the late Dr. Charles Poliquin, a remarkable pioneer in the field of fitness and bodybuilding, put into perspective just how important the hamstring muscles are. He recollects, “When I was a kid, hamstrings were called in bodybuilding magazines ‘leg biceps.’”

A standard leg day, as one could imagine, might include the leg press, back squat, leg extension, leg curl, and perhaps a lunge variation. If that’s the case, there is simply not enough emphasis on posterior leg development. We naturally experience quad dominance simply because we are human and the majority of our daily movement requires being in a squat or quad-dominant position. This includes daily functions such as sitting and standing up out of a chair or car. The issues arise when the quadriceps overpower the action of the hamstrings throughout a certain range of motion or movement pattern. This can often happen when walking or running, but it occurs mostly when it comes time to execute cutting, jumping, and landing mechanics.

Simply put, athletes across most major sports have below-average hamstring development. This goes for every individual on the planet as well. It becomes a rather large issue and argument for some injuries that these athletes typically encounter.

If you are looking to improve hamstring strength, there are several exercises you could add to your workout program. However, I’m here to tell you that there are also a few common mistakes that could be holding you back from reaching your full potential.

Do Those Leg Curls!

If you’ve learned anything from the last five minutes of reading this article, I hope it is the importance of training the posterior chain, especially the hamstring. Not only is it aesthetically appealing, but the with strong hamstrings, functionality and safety of young athletes should be at an all-time high. So jump in and do those leg curls!

This blog was written by Cara Hartman, NIFS Health Fitness Instructor. To find out more about the NIFS bloggers, click here. 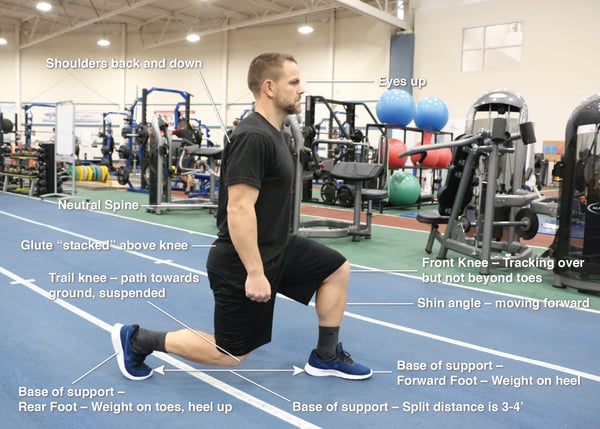 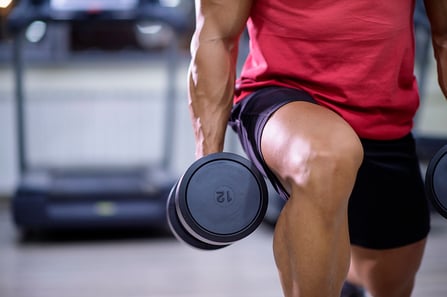 For some people, leg day at the gym is the greatest single day of the week. For others, however, there couldn’t be a more grueling and loathsome experience. We all know that leg workouts are essential to our total-body fitness plans and that there are consequences to not doing leg day, like becoming internet memes.

Some of the reasons people do not do leg day include knee pain, hip pain, after-workout soreness, poor technique, and sometimes mechanical reasons (your body just can’t do squats due to anatomy). Whatever the reason may be, you still need to address your lower body and quit skipping leg day.

I, for one, have been guilty of skipping leg day from time to time, but I know that there are important benefits to doing the workouts. The main reasons I do not like doing the exercises began with just being tired of standing at work all day after a great leg day. It made the rest of my day brutal. You might feel the same way, but it’s just part of the process that your body needs to go through to get stronger and better.

A very plausible reason some people skip leg day could be that they decided to start a workout “split” (each day of the week dedicated to a body part—Monday is chest day, Tuesday is bicep day, etc.). With the split, you would have to spend a lot of time at the gym to ensure each body part is worked each week—a minimum of 5-6 days per week to do the job. If you have a life event come up, such as a work meeting, a kid’s birthday party, or an illness, you will need to skip a day this week to deal with that situation. What happens is that people will skip the day they like the least, leg day. When next week rolls around, it will have been two weeks since your last leg day. That’s not good.

Here are some ideas for leg workouts that are set up for beginners and people who are not fans of squats. You will see a lot of familiar exercises that will give you benefits. Hopefully, with the right motivation, you will become better at leg day.

Leg day doesn’t have to be the most dreaded day of the week. You do not have to hide from your leg workouts any longer. Start off small and smart. Talk to a Health Fitness Specialist at NIFS. They will not only help you set up a workout tailored to your needs, but also monitor your progress through benchmarks you can set at your free strategy session. Words of wisdom: Do not become an internet meme because you skipped leg day!