Are You Eating Too Much Sodium? 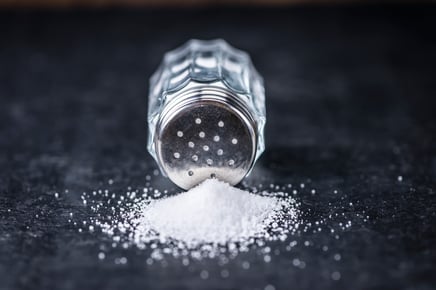 Sodium is a mineral and electrolyte that helps balance the amount of fluid and other minerals in your body. It also plays an important role in nerve and muscle function. The terms “sodium” and “salt” are typically used interchangeably; however, sodium is a mineral and one of the chemical components found in salt (also called sodium chloride). Sodium is found naturally in some foods, and added to others for flavor or preservation.

While some sodium is necessary for the body to function (~500 mg/day), over time consuming too much sodium can have undesirable health effects. One of the most notable consequences of consuming too much sodium is high blood pressure. High blood pressure can increase your risk of heart disease and stroke, the two leading causes of death in the U.S., as well as kidney disease, loss of vision, and many more health complications.

Where Is Sodium Found in Foods?

Although most people believe their sodium intake mainly comes from salt they add to food by hand, only around 10% of the average American’s sodium intake comes from salt added while cooking or eating. Instead, more than 70% of the sodium consumed by Americans is from packaged and processed foods and food from restaurants. According to the Dietary Guidelines for Americans, the largest contributors of sodium in the American diet include sandwiches (including burgers and tacos), pasta and other grain dishes, soups, pizzas, and meat and seafood dishes.

How Much Sodium Can I Consume?

The American Heart Association recommends consuming no more than 2,300mg (1 teaspoon) of sodium per day; however, consuming less than 1,500mg is preferred, especially in those with preexisting high blood pressure. Despite these guidelines, the average adult in the U.S. consumes close to 3,400mg of sodium each day.

How Can I Reduce My Sodium Intake?

To help reduce your sodium intake and promote overall health, try some of the following suggestions:

The recommendation to consume less than 1,500mg per day does not apply to everyone, particularly individuals who lose excess amounts of sweat, such as competitive athletes or outdoor construction workers. Sodium and potassium are the two major electrolytes lost in sweat, although the amount lost varies from person to person. Typically, it is appropriate to replenish these electrolytes after intense exercise (typically >60 minutes) or excessive sweat loss.

When choosing electrolyte replacement drinks, select one with about 14–16g of carbohydrates and between 100 and 165mg of sodium per every 8 ounces for optimal recovery. And as always, it is important to talk with your physician or registered dietitian to determine how much sodium is appropriate for you based on your health status and other contributing factors. 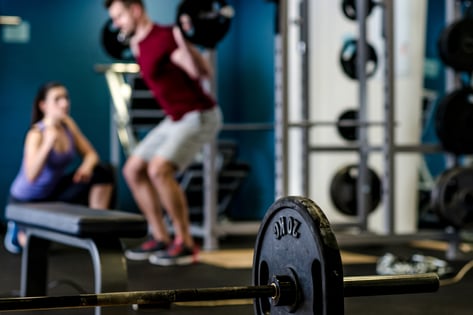 If you are an athlete, powerlifter, or just a person who loves to see progress, you might want to try out cluster set training. This is an advanced type of training designed to get you stronger faster than traditional set training.

Traditional set training is typically what everyone at the gym does when lifting weights: you perform a set of continuous repetitions and then rest. An example of this would be Barbell Back Squatting 3 sets for 8 reps.

Cluster set training is performing the same amount of sets and reps, but instead of continuous repetitions, you perform 1 or 2 reps and then rest, then repeat the same reps until you get to your desired rep goal. An example of this would be Barbell Back Squatting 3 sets for 8 reps, but those 8 reps are divided into clusters of 1 or 2 reps followed by a short rest period. You also typically want to rest 15 to 30 seconds between each cluster to get the desired effect.

Why Cluster Set Training Works So Well for Strength and Power

The reason cluster set is so beneficial for strength and power gain is that it allows you to continue to train at close to max or max effort longer than traditional set training would. The reason is that you get short bouts of rest in between your set, which decreases repetition fatigue. Another reason it works is that you are increasing your motor unit synchronization and decreasing your reciprocal inhibition, which allows you to get stronger. Those last two are neural mechanisms that occur during training, especially max effort training.

How to Add Cluster Set Training to Your Workout

The best way to implement this in your training is to use cluster set training with your main lifts: Power Clean, BB Back Squat, Bench Press, and Deadlift. One thing to note is that this type of training is designed to improve strength and power gains and not necessarily hypertrophic gains (an increase in muscle mass). If your main goal is to increase muscle mass, I would recommend sticking to a traditional set training method because this has been proven to increase those effects more so than the cluster set training method.

Get Help from NIFS

Give this type of training a shot and see whether your numbers increase! If you have any questions about cluster set training, you can reach out to me at pmendez@nifs.org and I will gladly answer any questions or concerns. Last thing here is that this is an advanced type of training and should be done by advanced lifters. If you are a novice lifter, I would recommend sticking to traditional set training until you are ready for this. 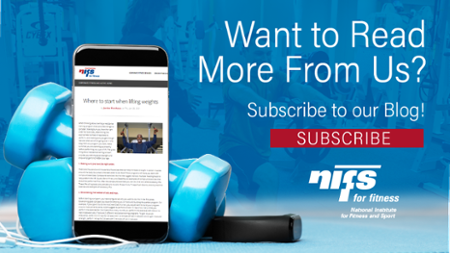 This blog was written by Pedro Mendez, CSCS, FMS, Health Fitness Instructor and Strength Coach at NIFS. To learn more about the NIFS bloggers, click here.