My 7-Day Experiment with Hot/Cold Contrast Showers for Recovery 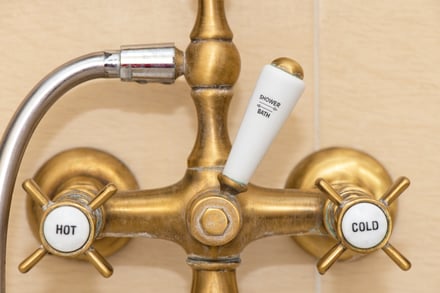 Nowadays, it seems that many people are trying to find that next great gadget to help put them over the top. Whether it’s the fitness world, life at home, or the day-to-day grind at the office, people seem to be peddling some kind of shortcut or cheat code to help aid performance in some way, shape, or form. I know I can’t go a day without scrolling through Instagram and seeing an ad for some new, expensive toy guaranteed to solve whatever problem I seem to be having that day.

While sometimes it can be tempting to explore those avenues, I usually tend to stay the course and preach the basics when it comes to performance and recovery. Have I slept 8 hours? Have I eaten whole foods? Did I have a sip of water that day, or was it an IV of caffeine instead? Despite all this, recently I found myself continuing to run across the concept of cold showers, or contrast showers, and how they can be used to aid recovery.

I saw articles about athletes like LeBron James using them for recovery. I read articles from the Journal of Strength and Conditioning examining their benefits, both physically and psychologically. I saw them pop-up as topics on a few podcasts that I listen to frequently. So finally I decided, “Why not? I’m going to do a 7-day experiment on myself and give these contrast showers a try!”

What Is a Contrast Shower and How Can It Help?

First, a little background. A contrast shower alternates between bouts of hot and cold water for a total time of anywhere between five and ten minutes. Some of the purported benefits of this cold thermogenesis include the following:

What Happened When I Tried It

In my case, I chose the 10 seconds of hot, 20 seconds of cold version. I alternated between these 30-second segments 10 times for a total of five minutes. Here’s the breakdown of what ensued:

I was terrified. I was starting my early morning with a cold shower. However, I cheated a bit and started with 30 seconds of lukewarm water before flipping it straight to hypothermia-inducing temperatures. And it took my breath away when I finally did. I used my arms as a shield. I think I actually screamed at one point (haha). Once I was through two or three cycles, though, it was a lot less shocking. Still not fun, but definitely more manageable.

The first two or three rounds were still brutal. My breathing accelerated and I’m pretty sure I was making weird noises too. By round four, I started turning around, 360 degrees, during the cold portion. It helped a bit, purely from a distraction standpoint. The last two rounds I stood stock-still, focusing on my breathing. When I got out, and even 5, 10, and 15 minutes afterward, my mind felt very clear. I felt a little more energized. But maybe that was because I was grateful it was over!

This time I rocked it out at the end of my day. Similar to the first two days, the first two rounds were a struggle. However, finding two really good songs to jam to was extremely helpful. I didn’t have to focus as much on how many rounds were left; instead, I just waited for the songs to end. Also, dancing in the shower, albeit somewhat risky, was a heck of a good distraction!

I’m probably losing it by day 4, because I was actually looking forward to it today! I liked the clarity it seemed to bring. I liked the way I felt physically afterward. And as alluded to before, picking a killer playlist is key!

I almost ditched my 7-day experiment today. Mentally, I was not feeling up to it. But afterward, I’m glad I stuck with it because I felt very refreshed. I could stand under the cold water while staying still and not screaming, even on round one!

Today I focused on making sure some of the more temperature-sensitive areas, like the top of the head, underarm, and chest, were hit throughout. This was quite the curveball! That take-your-breath-away temperature hit me like a tidal wave. I was so alert afterward, though, that I almost forgot to make my morning cup of coffee. I was wired and ready to go at 4am!

Mama I made it! I went into this one hoping to alleviate some soreness I had from a workout the preceding day. Afterward I still had some stiffness, but it was markedly different. This was at the end of my day, and transitioning from the contrast shower to holding a warm cup of tea and reading a book was incredibly relaxing. While I was alert, I wasn’t amped up. I felt refreshed and focused. And it sure didn’t stop me from falling asleep the second my head hit the pillow about an hour later.

By the end of the seven-day experiment, I was oddly “hooked” on the whole contrast shower concept. Although this is anecdotal evidence, I felt calm, focused, and alert after each shower. I noticed small improvements in self-reported soreness as well. And if nothing else, it was a heck of a wake-up call at 4am before work!

It remains to be seen just how much cold thermogenesis can aid in recovery post-exercise, as the current research (and here) is equivocal. But as with many recovery methods, there is something to be said for the perceived improvements in soreness or pain management. In other words, if you think that it’s working for you, then it will. If you think that it’s a waste, then it probably is.

As of today though, I’m currently riding a 17-day streak of contrast showers! Stay cool, everybody!