How often is it that you hear someone say, “Man, that was a great night’s sleep!” or “I slept like a baby!”? Not as often as we would like to hear, I would say! Being tired and feeling sluggish seems to be the new normal. According to the National Sleep Foundation, most Americans are sleep-deprived. Not getting enough sleep might be causing a lot more trouble than just that sleepy feeling. In fact, it could be seriously harming your health.

Why Aren’t We Sleeping?

Centuries ago, it was common for people to sleep anywhere from 8 to 9 hours each night. But now only about 25 percent of Americans get 8 or more hours of sleep. There are various reasons why we aren’t sleeping. We live in a society that is constantly on the go, 24/7. From fitness centers being open 24 hours to pharmacies and department stores being open later, around-the-clock convenience is there.

So many activities go on during a 24-hour period. From working long hours, transporting kids to their activities, trying to make time for friends, not to mention enjoying a little bit of entertainment—oh, and can’t forget about making time for our health and fitness goals. Sleep is typically the first thing to disappear from our lives, so it becomes second nature to not get enough of it.

Here’s the thing though: even when we do end up finally getting into bed, it doesn’t exactly mean we go right to sleep. The National Sleep Foundation reports that 60 parent of Americans have sleep problems. You heard it right—more than half of us struggle to sleep, and we are starting to pay for it.

The Dangers of Sleep Deprivation

“The foundations of good health are good diet, good exercise, and good sleep, but two out of the three doesn’t get you there.” —Dr. Anne Calhoun, neurology professor, University of North Carolina (source: CBC)

The three components that are needed to make up a healthy lifestyle are exercise, eating healthy, and sleep. Exercise and nutrition aren’t enough to make up for the danger that sleep deprivation poses to your health, however. Some studies indicate that adults can get as little as 7 hours of sleep a night and that can be sufficient. But shooting more for 8 hours would make a world of difference. And getting less than 7 can cause some serious consequences:

Sleep shortage is directly linked to obesity. When you don’t get enough sleep, two very powerful hormones that control hunger are disrupted, resulting in you feeling hungrier and having fewer sensations of fullness.

Not getting enough will also cause you to feel more stressed, which boosts the production of the hormone cortisol in your body. The cortisol hormone causes you to crave high-carbohydrate foods such as chips and brownies, which then turn into the fat around your belly, which is the most dangerous place to store fat.

Another reason sleep is important is that the risk of pre-diabetes goes up. When trying to make it on less than 6 hours of sleep per night, your glucose tolerance becomes impaired.

Ever wonder how two people can be exposed to the same germs, but only one of them gets sick? The answer: their immune systems. When you have a well-functioning immune system, you are capable of warding off many illnesses. But when something is causing your immune system to not function the right way, like sleep deprivation, you become vulnerable to infections, bacteria, viruses, and even some autoimmune diseases such as arthritis and asthma.

As if the threat of heart disease, obesity, and immune suppression isn’t enough to deal with, lack of sleep can negatively impact your fitness regimen as well. A recent study in Lipids in Health and Disease came to the conclusion that exercise can help increase insulin sensitivity and sleep quality while decreasing body fat.

At the end of the day, lack of sleep does far more harm to your health than you might realize. Although it might take some rearranging of your schedule, putting sleep first means that you don’t have to worry about making time for illness—because, let’s be honest, who has time to get sick?

This blog was written by Ashley Duncan, Weight Loss Coordinator. To find out more about the NIFS bloggers, click here.

Healthy Lifestyle Habits for Lowering Your Risk for Diabetes 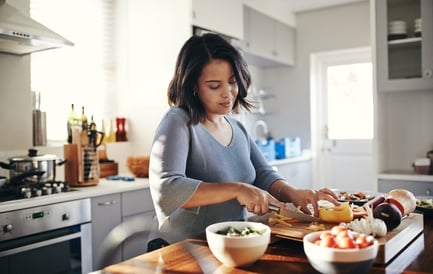 Genetics plays a role, but what can you do to reduce your risk of developing Type 2 diabetes? Lifestyle changes can be your best bet. Here are three areas that can have the greatest impact.

Eating a wholesome diet that is focused on plant foods is key. A large meta-analysis found that those who chose a Mediterranean-style way of eating were 23 percent less likely to develop Type 2 Diabetes. This style of eating is high in vegetables, fruits, nuts, seeds, legumes, fish, seafood, olive oil, whole grains, herbs, and spices but moderate in meat, poultry, eggs, cheese, and yogurt.

Physical activity can improve insulin resistance for as long as two days following the activity. The American Diabetes Association recommends that people at risk for Type 2 diabetes exercise for at least 150 minutes per week. This could be as simple as a 30-minute brisk walk, five days per week.

Many studies have shown that sleep deprivation impacts glucose metabolism. Aim for at least 7 to 8 hours per night for lowered risk of developing the disease.

Just because you have a family history of Type 2 diabetes, doesn't mean you will automatically have it too. If you can make healthy lifestyle changes in nutrition, exercise, and sleep, you can lower your risk and improve the quality of your life.

This blog was written by Judy Porter, RD, CD. To find out more about the NIFS bloggers, click here.

Are You Getting Enough Sleep? Simple Solutions for Beating Insomnia 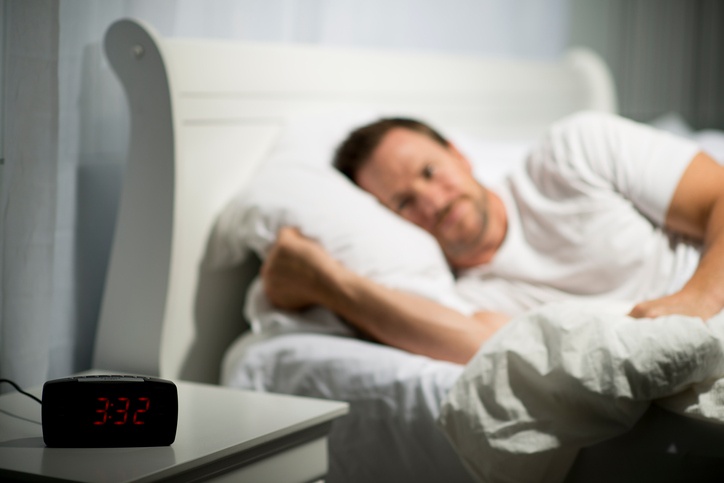 Matthew Walker, the director of the Center for Human Sleep Science at the University of California, Berkeley, has made it his career goal to reinforce the fact that 20 large-scale epidemiological studies have all reported the same relationship: the shorter your sleep, the shorter your life. Today, one in three Americans can be categorized as sleep deprived.


The Effects of Sleep Deprivation

As defined by the Centers for Disease Control and Prevention, sleep deprivation is a condition that occurs if you don't get enough sleep. Not only does a shortage of sleep affect your productivity, but on less than seven hours of sleep, your body's natural killer cells work less effectively. Walker notes that between 1950 and 2017, the US obesity rate has risen from 13% to the likes of 35%.

“Sleep is the single most effective thing you can do to reset your brain and body.”
—Dr. Matthew Walker, U.C., Berkeley

As obesity in America has steadily risen, the amount of sleep individuals are accumulating per night has decreased—almost two and a half hours, to be exact. Not only is sleep deprivation being glorified as an accomplishment in today’s society, extensive research has concluded that sleep deprivation puts unnecessary stress on the human body, including weight gain. Chronic sleep deprivation has been linked to an increase in heart disease, heart attack, heart failure, irregular heartbeat, high blood pressure, stroke, and diabetes.

The National Sleep Foundation (NSF) outlines that both young adults (ages 18–25) and adults (ages 26–64) should aim for 7–9 hours per night consistently. Sounds easy, right? With the prevalence of social media alongside TV and cell phone usage at night, however, most Americans fall short.

Here are some tips from the NSF to help you capture the ZZZs and start sawing logs in no time.

If you’re still having trouble sleeping after following the above tips, don’t hesitate to speak with your doctor or to find a sleep professional in your area. Check out the following resources for more information.

This blog was written by Ellyn Grant, Healthy Lifestyle Coordinator. To read more about the NIFS bloggers, click here.