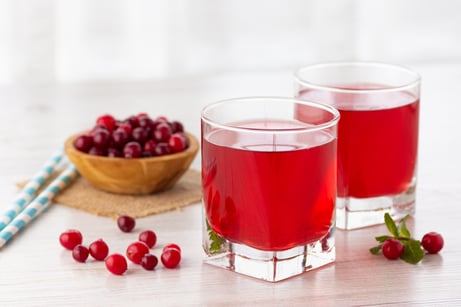 Cranberries and cranberry-derived products are commonly used as a remedy for urinary tract infections, especially among women. Cranberries contain proanthocyanidins (PACs), specifically A type (PAC-A). It is argued that this component of cranberries fights and prevents UTIs, just as an antibiotic would. However, there is much controversy on this topic.

Clinical Trials and Studies on Cranberry for UTIs

Freire Gde C. completed a large review of 24 studies totaling 4,473 participants. In the research, there was minimal evidence suggesting that cranberry products prevented UTIs. Within those studies, cranberry juice decreased the number of UTIs in women who had recurring UTIs; however, the studies that showed a significant efficacy were small trials. When studies grew in size, the difference between the placebo groups and the cranberry groups shrank.

Furthermore, a Stapleton AE et al study completed a randomized control trial of 176 participants, of whom 120 were taking cranberry juice and 56 were given the placebo over the course of 168 days. The adherence to instruction was similar between both groups (91.8% and 90.3%). However, cranberry juice did not significantly reduce UTIs.

So, why do some trials show significance while others do not? Occhipinti A et al1 suggests this is due to the lack of authentication of cranberry products used (some are not really cranberry-derived). Thus, the products used do not contain PACs-A, which are what scientists claim fight the UTI. In their study, they authenticated and measured the PCAs-A in the cranberry product given. They gave one group a cranberry product with 36 mg PACs-A two times daily and another group with the same number of participants a product with no PACs (placebo). After 7 days, a significant difference in colony forming unit/mL counts (via urine cultures) was found between the placebo and the PACs-A group. The PACs-A group had significantly fewer colonies. The argument here is that for cranberry products to work, the cranberry product must be carefully authenticated to ensure that it indeed contains PACs-A, which is a component typically lost in processing.

The argument here is that for cranberry products to work, the cranberry product must be carefully authenticated to ensure that it indeed contains PACs-A, which is a component typically lost in processing.

Lexicomp, a drug database used by medical professionals, still advises people to monitor cranberry intake while taking warfarin; however, there is little research to suggest the two adversely interact. Since cranberry juice is acidic, it is important to avoid drinking it within 2 hours of taking erythromycin, a common antibiotic, because it will decrease metabolism of the drug.

Common side effects of cranberry are nausea, vomiting, tightness in the chest, itching, cough, swelling of the face or lips, seizures, GI upset, and loose stools.

There is little evidence that suggests cranberry products decrease UTIs, mainly because the PACs-A have been lost in the processing. Although people are welcome to use cranberry-derived products, I would warn about the GI upset that can occur with excessive use, the cost of cranberry tablets, lack of authentication of the products, and added sugar content in the juices. Because of the lack of evidence, I would not advise individuals to spend their money on cranberry tablets. I would also argue that the risks associated with added sugars in the juices outweigh the small chance of preventing a UTI. If you insist on using cranberry for UTIs, be sure that it contains the bioactive PACs-A.