The plank series needs no equipment, only a wall (if you make it that far). Attempt to complete the plank series in order. Complete the plank progressive series on the days you work out at the end of your workout. If you are x2 days in a row successful and have perfect technique with the exercise, move on to the next progressive variation. You will see that the traditional plank is repeated multiple times and we will add time as you progress along over break. You do not need to do more than what is asked of you. It will be easy at first, but trust me: it gets harder by the end.

The dowel is placed along the spine and is kept in contact with three points: back of the head (not the top), thoracic region (between shoulder blades), and the sacrum (tailbone). This forces you to understand and become aware of proper alignment. Essentially, the dowel serves as your coach. If it rolls off or wobbles, you aren’t in good alignment.

Additionally, the quadruped position is great to begin to develop awareness of optimal alignment because it takes most of the load off the system while still keeping the torso in a very similar position to the abs plank.

Once you can hold optimal position for 30 seconds, move on to step 2.

The straight-arm plank is essentially a static hold in push-up position. This takes what we learned in step 1 and adds in some load due to the increased length in the lever arm. The load on the abs here is not as great as on the elbows.

As I stated above, the elbow plank with dowel increases the load on the torso even further over the straight-arm variation. In other words, it demands more strength and control of optimal alignment.

Once you can hold this position for at least 30 seconds without much fatigue, you are ready to move on to the advanced progressions that I’ve laid out below.

If you cannot, remain here at level three until you can achieve a 30-second hold without too much fatigue.

Keep in mind that just because you are doing planks, it doesn’t mean that you can do them correctly. The dowel is a simple method of telling you how good your planks really are.

Once you’ve mastered the basic plank with the dowel, you no longer need to use the dowel.

Now that you understand what is required to perform an optimal fundamental plank, I can show you the complete progression spectrum from beginner to advanced planks. Once you can maintain optimal alignment here for required times, move on to the next level. 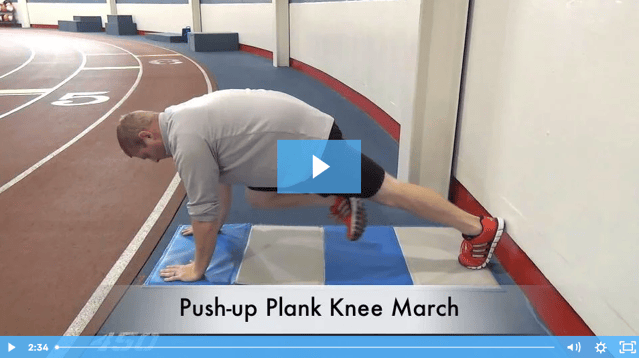 Core Exercises to Take You from Snore to ROAR! 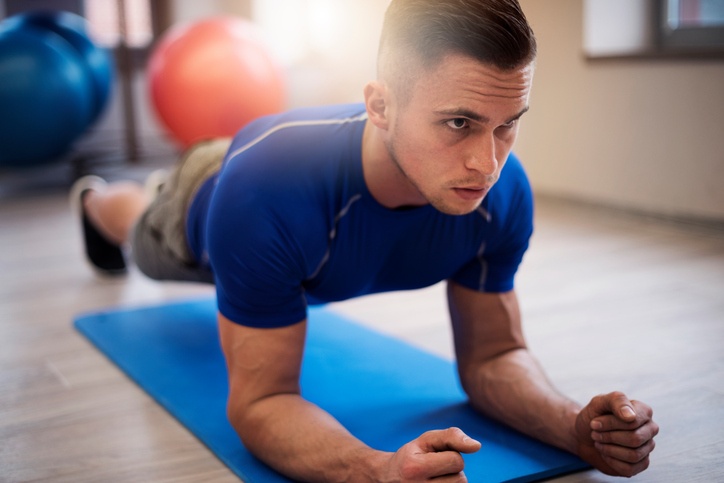 Some of the number-one fitness goals are to strengthen the core, lose belly fat, and get six-pack abs. These are all pretty good goals that can be addressed by a fitness professional and a dietitian, but everyone might not have that luxury. From a traditional perspective, we have mainly used a few ab exercises such as crunches, sit-ups, and variations of them. For the most part, these are better than the alternative—nothing at all.

But what if there is a way to get more out of your workouts that allows you to get core exercise without doing sit-ups and crunches? If you are tired of the same old ab routine, or if you are finding it hard to get to the floor to do exercise, this may be exactly what you need to know to break plateaus and possibly change your life.

How You Use Your Core

Out of the many instances in which you use your core (basically your torso, minus your arms and legs), you could find occasions where you use sit-up movements, but not to the extent that we train them (hello 300 sit-ups, yes we are looking at you!). Overall, normal functions include standing; walking (sometimes up and down stairs); sitting at a desk, in the car, or in a recliner; and standing some more. The core really doesn’t move that much; however, it does stabilize all the time. Therefore, it would make sense to train for stability rather than movement, at least some of the time. This is true for everyone from beginners to seasoned athletes, and from young to elderly. Core stability is a part of your life and you use it all the time.

Before I talk about these exercises, know that good form and good posture is the backbone that makes this all work. This goes for every exercise, but also includes standing, walking, and sitting. People tend to slouch, mainly because it’s easier to do than sitting up or standing tall with good posture. Unfortunately, slouching does not activate the core at all. Good posture, however, allows the core to engage (which also helps in the calorie-burning process throughout the day). Focusing on this daily will help strengthen the core, even when you are not at the gym.

In addition to focusing on posture, you can easily add several other exercises and techniques to any routine.

As you can see, several exercises and techniques are available to assist your core training regimen. Adding one or more of these will add some much-needed diversity that will not only keep you interested in exercise but also able to break through plateaus that may have been giving you trouble for years.

If you want more information, contact a fitness professional or personal trainer at NIFS to develop a strategy to build your own core exercise knowledge library.

This blog was written by Thomas Livengood, Health Fitness Instructor and Personal Trainer. To read more about the NIFS bloggers, click here.