It’s the Season of Fitness, “They” Say! Be a Smart Fitness Consumer 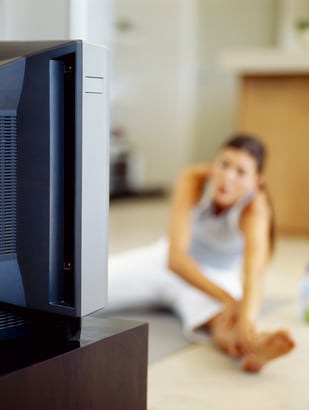 I am amazed at how many times I have heard and continue to hear people try to make a point by saying “they say,” as if just making that statement somehow makes whatever follows true. It would seem, based on how frequently people claim “they” say something, many of the advancements of human civilization somehow can be traced to the research done at the University of They. However, searching through PubMed and other science journals, I have never found a listing for the University of They. Hmm!

As we are bombarded by the seasonal fitness, diet, and wellness commercials on TV shows, I marvel at the the sheer worthlessness of the products, diets, and books they promote with a straight face. They ignore the realities of physiology, systems biology, and biomechanics in their quest to separate you from your money. Timing is critical for their quest. The post-holiday period, when people feel bad about the weight they have put on, is the time to strike. Also limited daylight, cold weather, and people being housebound give their commercials even more impact. They know spring is coming and customer motivation will melt with increasing temperatures and longer daylight hours. The commercials and online promotions become a blizzard of ego-seeking missiles.

Listen to a Fitness Insider About TV and Internet Claims

To help you stay objective and perhaps save some money and time, I offer the following account from someone on the inside of the fitness industry:

Jose Antonio, PhD, is a noted nutrition researcher and commentator whose work often appears in bodybuilding publications. Because of this connection, more “serious” researchers frown on his work and are not shy about criticizing him. At a National Strength & Conditioning Association conference several years ago Jose Antonio was a featured speaker, and the audience filled a large room with a lot of other PhDs ready to attack him. They considered him a white-coat sellout for an industry of questionable ethics and therefore guilty by association. I made a point of attending this reenactment of the gunfight at the OK Corral, just for the fireworks.

Dr. Antonio was ready and disarmed the would-be attackers by simply stating that he was a responsible scientist doing the best he could to keep the industry from crashing the guardrails of reason whenever he could. But what he said next has stayed with me for all these years and has had a tremendous impact on how I view the fitness industry. Antonio stated that the fitness industry is a lot smarter than we are about how to separate us from our money. They know that the motives for fitness, weight loss, and wellness are linked to the ego, and that rational decision-making can be turned off like a light switch if the right “hot button” can be pushed. They focus on claiming that whatever they are selling will make you bigger, faster, stronger, thinner, or prettier—quicker. He said if they get your attention with one button, your resistance is weakened and you will start to reach for your charge card. If they get two hot buttons, its a done deal.

TV and online promotions have a set pattern. They use the pattern because it works. It begins with an attention-grabbing headline/claim that seems too good to be true. That is followed by a “story” that you can identify with and a statement of validity usually connected with science or medicine. Testimonials from people just like you quickly follow. Depending on the media, TV ads will “call for action” very quickly. Online promotions take more time and sell at a slower pace. Both forms rely on “limited-time” discounts and add-ons to push the viewer to a quicker purchase commitment.

If It Seems Too Good to Be True…

Now, you are armed and ready to resist. Just remember: if it seems too good to be true, it probably is. If you feel drawn to a headline or claim, ask yourself why. What hot button did they find? What outcome do you desire?

Question whatever science is offered, and the credentials of their “white-coat” spokesman. Pause long enough to research the concept. You will be better informed to make a decision, and your ego-driven emotions will have an opportunity to cool down.

If you’re still interested after a break, go back and look at it again, only this time from a calmer and more centered place. At least now, the ad that created urgency will not have the same emotional grip making your fingers clutch your charge card. The buying decision will come from a calmer place.

This blog was written by Rick Huse, NIFS Health Fitness Specialist. To find out more about the NIFS bloggers, click here.