How to Build Training Programs for Competitive Athletes (Part 1) 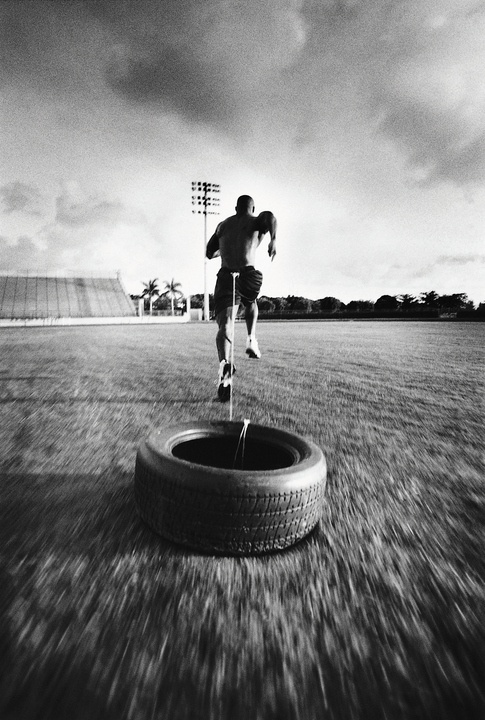 When putting together a program for anyone, client or athlete, you always want to have an idea when you would like to peak, or be at your best throughout that calendar year. For Mini-Marathon runners, May is the time to be at your best. For football players, you want to be firing on all cylinders when August rolls around. The structure of your training should be based around when your season is going to begin, to make sure your body is prepared to last the duration of the competitive months. Regardless of when you are competing, your training should never remain totally the same throughout the whole year.

This concept of training periodization has been around forever. It was developed by a physiologist named Leo Matveyev around the 1960s. By definition, periodization is a preplanned, systematic variation in training specificity, intensity, and volume organized in periods or cycles within an overall program (see Essentials of Strength Training and Conditioning). Periodization can build the general framework of how you might want to structure your workout programs through your training year.

For our sake, I am going to refer to these periods or cycles as macrocycles. Macrocycles are the biggest of the divisions of training timeframes throughout your competitive year. They can be filtered down to smaller variations (mesocycles—smaller, microcycles—smallest), but we will stick to the biggest ones for now. This will allow you to get a general idea about the main goals for each macrocycle.

There are four macrocycles that will be divided up throughout the year. These are the following:

The off-season is always one of the best times of the year to train. This is a time when you can focus on building strength but also implement some training modes that you might not use during the other phases of development (for example, flipping tires, boxing, swimming, and so on). I also like to use this time to assess the success of the programs I have used over the past year to see what helped improve aspects of my teams and what did not (FMS testing, strength/power testing, energy system testing).

A lot of teams and individuals spend a fair amount of time in this macrocycle (12-16 weeks). Although your competitive season is a long time away, slacking during this phase could set you behind in the goals you want to achieve. Practices are usually very short or nonexistent, which leaves plenty of time for you to hit the weights to get your body ready.

The pre-season begins what is considered crunch time when it comes to preparedness in the weight room and on the playing field. The season is right around the corner, and the next 8 to 12 weeks will fly by. You will be competing before you know it.

During this macrocycle, training becomes a lot more sport specific than in the preceding cycle. The goal is to get the body ready for the exact situations and stressors that you will encounter during competition. As a strength and conditioning coach, I want to prepare the athletes’ bodies with exercises that will mimic and enhance their actions on the field. Examples include working on lower-body power with football players, increasing aerobic endurance with soccer athletes, or enhancing rotational power with golfers.

All in all, you just need to be on the field or court playing in order to get ready for the season. However, the smaller the learning curve the athlete has from off-season to pre-season conditioning, the better. Too much stress too soon (as for athletes who do no training over summer break) can lead to overuse injuries from ramping up the activity levels too fast. Remember to take into account the fact that you are training more for your sport at this time, so do not overdo it in the weight room. Make sure you have adequate recovery time in order to get the most out of your previous months of training.

In part 2 of this blog, I’ll go through the other two macrocycles: in-season and post-season.