The Importance of a Maintenance Phase for Athlete Training 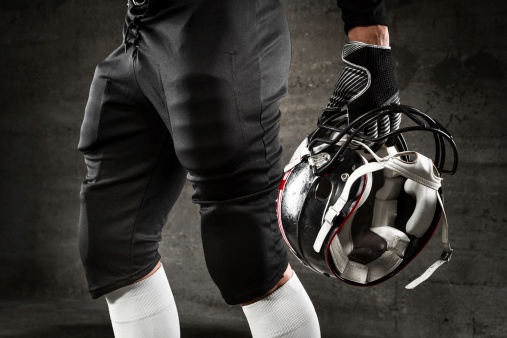 In NFL and college football, each week, a star player is hit with a sidelining injury. Possibly lost for multiple weeks, months, or at worst, the whole season. Injuries that are usually the result of bad luck or not being as physically prepared as they could have been. Hopefully your team, **knock on wood**, does not or will not have to deal with this at any point during their season. My team, my beloved Detroit Lions, look like a dumpster fire for reasons other than injuries.

The physicality of football increases every year. The players are getting bigger, faster, and stronger in training facilities across the country getting ready for that next season. Guys are always looking to take that next step during the offseason to ensure that they are a better player than they were the preceding year. Countless hours are spent in the gym and on the field trying to achieve this goal. Some training programs start the day after a season is over, whether it be after week 17 in the regular season or if your team wins the Super Bowl. It’s no secret that being a professional or collegiate athlete is a year-round commitment.

Changing Training After the Season Begins

But what kind of training do players do after their season begins? Do they continue to train five or six days a week like they did in the offseason? Of course not. With large time commitments for practice, watching film, and simply resting, an athlete must shift their focus to making sure all of that hard work is not wasted over the course of the season. The most effective way to salvage the progress that you have made over the past five or six months is to enter a maintenance phase.

A maintenance phase is one phase or “macrocycle” (a large portion of a training year) that you should use during the start and duration of each athletic or competitive season. As mentioned before, this phase is used to preserve the strength, power, and muscle mass that was built in the many months prior to the season.

Some characteristics of a maintenance phase include the following:

As you can see, these phases don’t take much time, but could pay huge dividends throughout your season. The ultimate goal for many (if not all) sports, like the NFL, is to make the post-season. The teams that always seem to perform the best in those scenarios are the ones that are the healthiest or freshest. Continuing to lift throughout your competitive season will help you maintain the overall function of your body instead of gradually losing it throughout the season. As a wise man (Dr. Alan Mikesky) once said, “If you don’t use it, you lose it.”

Don’t underestimate the importance of a maintenance phase, due to the implications that it could have on subsequent seasons. Think about this scenario:

Imagine you start training for your freshman year of college football squatting a maximum (1RM) of 315 pounds. After 4 months of preseason training, your 1RM has gone up to 365 pounds. Once the season starts, you stop lifting weights and focus on football. Three months later when the season is finished, you hit the weight room for the first time. Your 1RM squat is back to 315 pounds. Your body had no reason to keep the neural drive of the muscles because you no longer required it to. You start your offseason conditioning program and increase your squat back up to 365 pounds and exceed those numbers by squatting 380. Once your sophomore season starts, you stop lifting weights once again. At the end of the season, your 1RM squat is back to 315.

This is a vicious cycle that never allows for any solid progression. You start from square-one every year. Now think about the same scenario with a few changes:

Imagine you start training for your freshman year of college football squatting a maximum (1RM) of 315 pounds. After 4 months of preseason training, your 1RM goes up to 365 pounds. Once the season starts, you begin an in-season maintenance phase. You lift two days per week, making sure your squat loads are significant enough to maintain your 1RM (80-95%). Three months later when the season is finished, you hit the weight room for the beginning of your offseason training program. Your 1RM squat is 355. Although you dropped 10 pounds, it is not as significant as the 50-pound loss from the previous scenario. From your offseason program, your 1RM increases from 355 to 410. Once your sophomore season starts, you begin another in-season maintenance phase. At the end of the season, your 1RM has only dropped to 405. 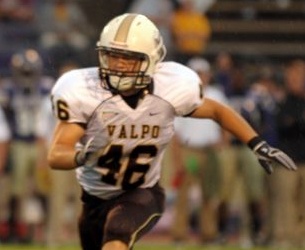 As you can see, progression of strength (and power with other lifts) has to be maintained year round. This goes for all athletes throughout their seasons. If they want to continue to improve, they must prevent the loss. It is as important of a cycle of training as any. Without a properly structured in-season maintenance phase, you will be starting from the same place every time you start a new offseason training program.